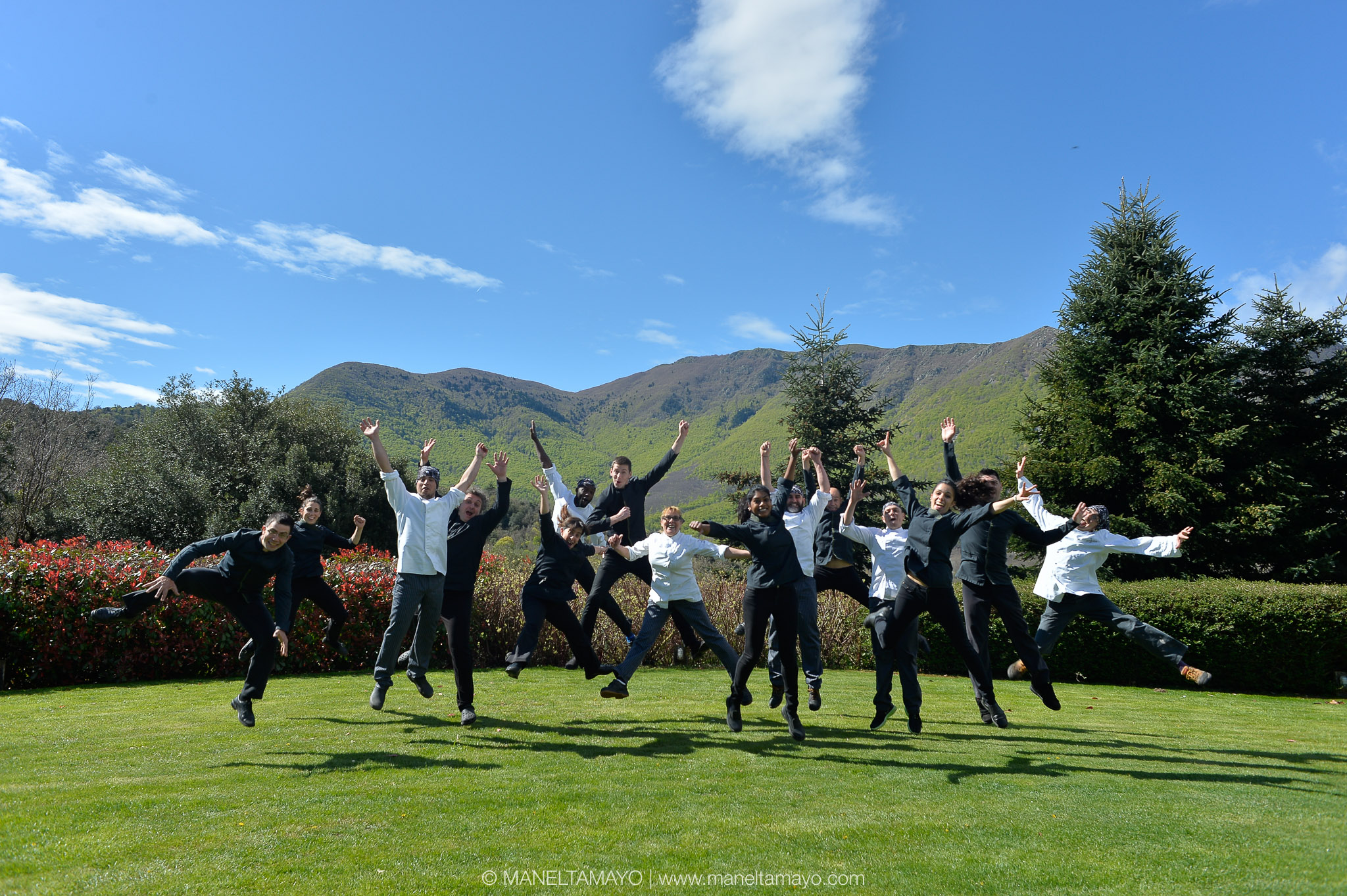 Carme Picas, from Gombrèn, and Xavier Gubau, from Girona, are chefs. Carme started cooking as a child on weekends at the Santuari de Montgrony, next to her house. Later she arrived at Racó del Francès, the restaurant that the Agustí medical doctors set up for a French virtuoso to settle there in Can Nerol, in Ripoll, who became her first master. That learning encouraged her to enroll, as an adult, in the Escola d'Hostaleria de Girona and, even, to start a degree in History. But his life is in the kitchen. And after spending two years at La Llar in Roses, alongside Joan Viñas, she went to work at El Celler de Can Roca and, later, in 1991, did the season at El Bulli with Ferran Adrià. She returned to El Celler de Can Roca and, in 1992, Joan Roca and Mr. Vicent Andreu proposed to her to become a teacher of cooking techniques at the Escola d'Hostaleria, where she still works today. Xavier has been a chef at Roca Petita in Riudellots de la Selva; at Sa Punta in Pals; at Can Roca and the Celler de Can Roca in Girona, and La Riera in Sant Martí Vell. Today he is the sommelier and specialist in the entire beverage service. He is also in charge of the group's logistics.

Our philosophy is based on two premises: the temporality of raw materials and producers. We cook our own version of Sea and Mountain cuisine.

We love, search for and serve fresh and seasonal products, because we believe that only when the products are at the optimal moment can we extract all their "spirit" and fix it in our recipes.

One of our great specialties are jams; our productions are limited because we only make them when there is that fruit and it is in its season. We also like to meet the producers and we try to establish a relationship with most of them, because our origins are farmers and we are very aware of what it means to dedicate yourself to agriculture and livestock.

We have a weakness for large raw milk cheeses from shepherds with their own herd. And we choose them because they are great and because like wines, we like them to convey the effort and experiences of the producer.

We want to know about traceability, we look after sustainability and responsibility, but we don't want to label, since quality is what matters most to us. And the closer, the better.

Do you want to work with us?

Send us your CV to [email protected]